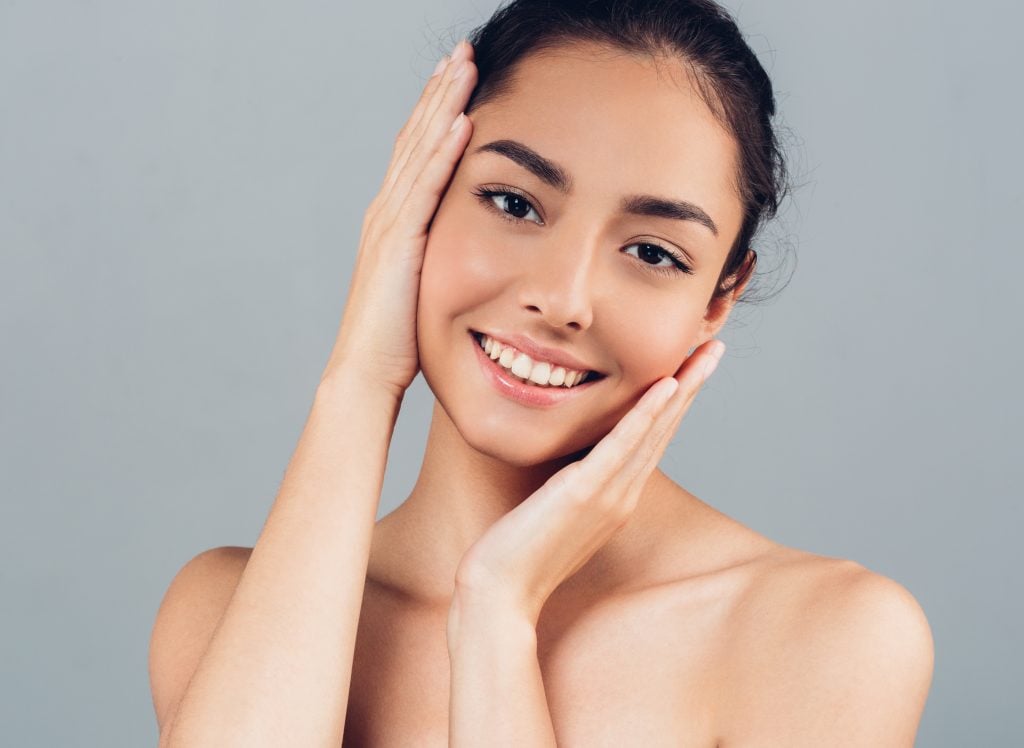 Rosacea is a common skin condition that can be very embarrassing and impair quality of life. It tends to flare up periodically in between periods of remission. During a flare-up, it can cause reddening of the face, the appearance of visible red blood vessels, a rash, pus-filled red bumps, and a feeling of heat and tenderness in the facial skin. In around 50% of patients, eye dryness and irritation can occur during a flare-up. As the condition progresses, facial redness can become permanent in between flare-ups. In rare cases, mostly in affected men, the skin of the nose can thicken and appear bulbous. Despite being quite common, few people have heard of rosacea, and most people mistake it for acne, allergic reactions, or even a chronic drinking problem.

The severity of the condition is measured using an established system that grades the severity of each of the symptoms on a scale of 0 (absent), mild (1), moderate (2), or severe (3). The assessment of each symptom is then combined into a global score of mild, moderate, or severe disease. Most patients initially manifest with mild symptoms, and while some patients may continue to have mild symptoms for many years, others gradually progress and develop increasingly severe symptoms over time, especially if they do not seek treatment.

The typical victim is a middle-aged woman with a fair complexion, but it can affect both men and women of any age, even adolescents, and also affect individuals with darker complexions. The cause of the condition is unknown, and it does not lead to serious health problems, but it can cause distress, discomfort, and a reduced quality of life in victims. Smoking, fair skin, being over 30 years of age, and excessive exposure of the skin to the sun or tanning beds may increase the risk of developing rosacea; there may be a genetic link as well, since it often seems to run in families.

What are the Triggers?

Flare-ups are commonly triggered by the following:

However, in many cases, no cause for flare-ups can be identified. Individuals who are able to identify a common cause of their flare-ups can try to avoid the cause and, thus, reduce their incidence of them.

What are the Available Treatments?

There is currently no cure for this condition. Treatments generally revolve around reducing and controlling symptoms. Topical medications such as brimonidine, azealic acid, and metronidazole can reduce the redness of the skin and relieve some symptoms. Oral antibiotics can help control the formation of pus-filled lumps, and oral isotrentinoin can help clear up the acne-like manifestations of rosacea.

More recently, a topical cream containing ivermectin was approved by the FDA for treating flare-ups of rosacea. This compound is widely used to control parasites, and it is thought to be acting in rosacea to suppress Demodex mites, suggesting they may play a role in this condition. Demodex mites are tiny mites found in everyone’s skin that don’t usually cause any signs or symptoms. In immunosuppressed dogs, Demodex mites can cause hair loss and intense itching. In immunosuppressed humans and in humans with hypersensitivity to the mites, a variety of different dermatological conditions, including loss of the eyelashes and scalp hair, can occur. Therefore, some kind of immune suppression or hypersensitivity to mites may be involved in the etiology of rosacea; these theories are currently being studied.

All of the above mentioned treatments are only applied during flare-ups and can only shorten the duration and intensity of the flare-up, but they cannot reduce the incidence or risk of them or reduce the chronic redness of the face between flare-ups. A relatively new treatment, Sciton BBL laser treatment, may be able to assist with these problems. BBL stands for broadband light. Conventional lasers produce only a single wavelength of light, but BBL devices produce a wide range of intense light wavelengths that deliver energy to the skin, pigmented areas, and visible blood vessels. Exposure of affected skin to BBL lasers can eliminate visible blood vessels and stimulate the body to produce more collagen and new, fresh skin. Most rosacea patients note that after a course of BBL laser treatments, their persistently red facial skin is no longer red and their blood vessels are no longer visible.

BBL Laser Treatment is Not a Cure

Although BBL laser treatment can improve the appearance of the skin during and between flare-ups, and can reduce the incidence of flare-ups, it is not a cure. Most individuals have the best results if they continue to use medications during flare-ups in conjunction with BBL laser treatments, as well as trying to avoid triggers.

These treatments are performed in the comfort of our office. A hand-held device is used to deliver the intense broadband light energy to the facial skin. The eyes are protected during the treatment.

The full extent of each treatment will not be apparent until weeks after each session, and the appearance of the skin will continue to improve over time and after repeated treatments. Patients can immediately return to their regular activities after each treatment with little downtime required.

Some patients report there is a mild stinging sensation during the treatment that some have described as being repeatedly snapped with a rubber band, but most report the treatment is very tolerable. After each treatment, the face may be slightly sore, red, and swollen for about 24 hours; ice packs can improve these symptoms. A few days after the treatment, areas with dark spots will get darker and then the dark spots will disappear.

If you wish, makeup can be applied to the treated area immediately after the treatment, and the application of sunscreen and using protective clothing like hats to prevent exposure of the face to sunlight is highly recommended, not just as a post-treatment measure but as a measure to avoid triggering flare-ups and avoiding sun damage to the skin in general.

Initially, a series of treatments is typically given. Thereafter, each patient can develop a protocol for maintenance treatments to control their condition. Some patients continue to need monthly BBL laser treatments, while others may only need a treatment once every so often. It all depends on the unique case.

If used by an experienced, licensed professional, there are few risks associated with BBL laser treatment. The Sciton system uses a built-in cooling device to prevent damage to the tissues, and it can be precisely adjusted to treat different parts of the skin, such as changing the wavelength or intensity to specifically target areas affected by visible blood vessels, dark spots, or very red skin, and adjusting the wavelength to suit each person’s normal facial pigmentation.

In some rare cases, too much energy may be applied, and the patient basically suffers the equivalent of a severe sunburn, which of course resolves after a few days with no permanent damage; in other cases, the patient is under-treated and needs extra treatments, which can be inconvenient and a bit frustrating for the patient. Either of these situations can be avoided by carefully selecting only experienced, licensed professionals like those at Delaney MD Aesthetics & Anti-Aging to apply the BBL laser. Another issue that has occasionally arisen when BBL laser treatment is applied by an unqualified user is scarring in the treated area or strange uneven pigmentation effects in the treated area. Again, you don’t have to worry about this when you visit a qualified expert.

A “side effect” of regular BBL laser treatments for rosacea that pleasantly surprises patients is that in addition to improving their symptoms, it also refreshes their complexion, making them look more youthful and refreshed. It smooths out pigmentation to restore a youthful glow, removes dark sunspots, and plumps and firms the skin, which can make the appearance of lines and wrinkles less visible.

BBL Laser and a Bulbous Nose

A bulbous nose, more properly referred to as rhinophyma, is a complication of severe cases of rosacea, more commonly seen in men. Although many continue to believe a bulbous nose is caused by excessive alcohol use, this link has been disproven; it is simply a symptom of severe rosacea that develops over time, especially in untreated cases. While regular BBL laser treatments can prevent the progression of a bulbous nose or even prevent it from occurring in the first place, they cannot treat an advanced case of this condition. Other measures may need to be taken to remove the thickened skin. After treatment of a bulbous nose, however, affected individuals can prevent it from recurring by having regular BBL laser treatments in combination with treatments to control flare-ups.

Talk to our expert team at Delaney MD Aesthetics & Anti-Aging to get all the facts about this amazing treatment. Our office is conveniently located in Edmonds, WA. Contact us today to schedule a consultation and get started!

Dr. Delaney is now a Spotlight provider. Click below to read his reviews on